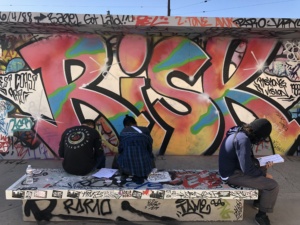 I can’t think of a single thing involving risk that does not also involve fear.  The word risk itself evokes fear even before any action is taken.  For the purpose of this post, let’s just use one of Merriam-Websters definition:

Risk:  possibility of loss or injury.

The possibility of loss or injury is what makes taking risk so scary.  However, we would never consider the repercussions of risk if there were not some some reward involved. In other words, there must be something that you want very badly and that want involves taking a risk to get.  To be clear, I am in no way talking about any risk associated with breaking the law so let’s get that out of the way.

If you’ve lived in fear as a way of life, this will not be an easily actionable item, but give the shift a try.